How does Mantaray Island Resort take care of Fiji’s environment?

The natural environment and pristine waters of the Yasawa Islands, are the key draw card of our region. As such we believe we have a moral obligation to protect our fragile environment for future generations of visitors and locals alike. We believe responsible tourism goes beyond just looking after the eco-systems that surround our resort, we also have a social responsibility to protect the way of life and improve the quality of living of our local village community.

In 2012 Mantaray Island Resort was a finalist in the Sustainable Tourism category for the Fiji Excellence in Tourism Awards. 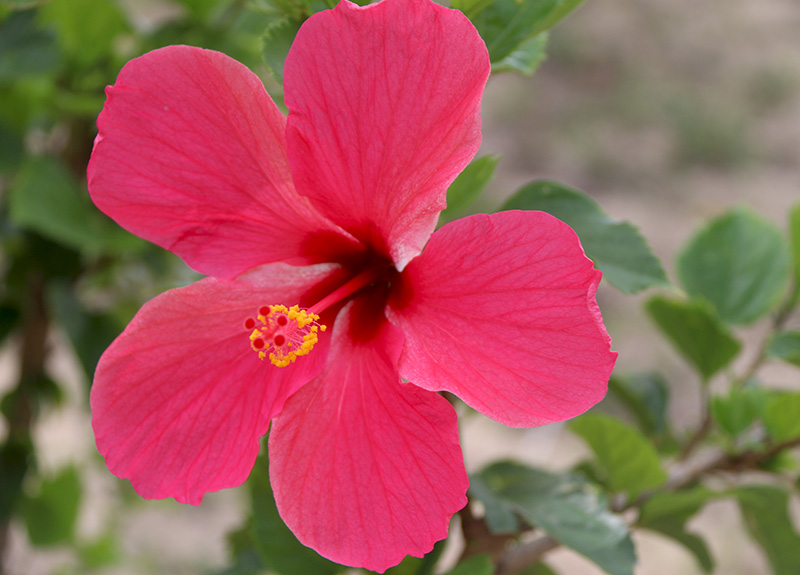 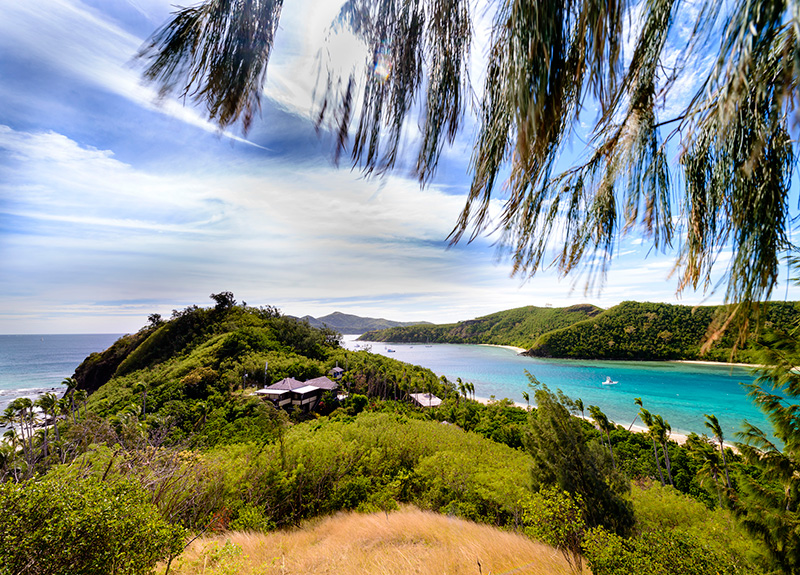 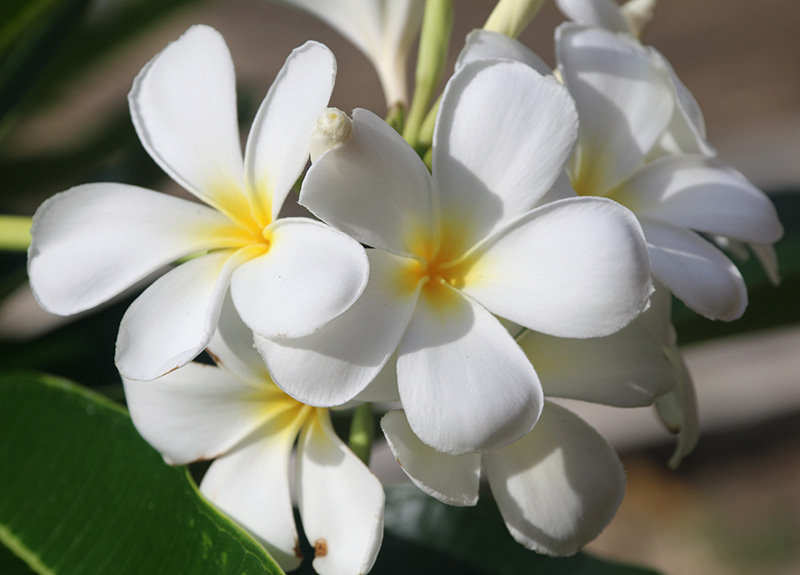 When negotiating for the lease of the land to build the resort, the resort owners also negotiated with the local Matagali (local land holding clan) that the waters in front of the resort should be a voluntary marine reserve. This has allowed our marine environment to flourish and is now regarded by many as being Fiji’s best snorkelling. Our marine biologist recently commented they would need to travel to four different regions in Fiji to find the marine life we are fortunate enough to have directly off our main beach.

In 2012 Ratu Kini, the Chief of the Naviti group approached the Fijian Department of Primary Industries to have the reef around Mantaray Island, and the Mantaray channel gazetted as a formal marine reserve. Mantaray Island Resort has been instrumental in this process and has now had several of our staff as well as a number of local villagers trained as marine reserve wardens.

Twice a year a marine biologist conducts an environmental impact survey. This allows us to determine what if any impact the resort and guests might being having on the reef ecosystem directly in front of the resort.

All of the toilets at Mantaray Island Resort are odourless self composting toilets. Using bacteria and sawdust the waste naturally breaks down in to compost, which is in turn used on the resort gardens. This system does not require septic tanks and therefore eliminates the possibility of them leeching waste through the ground into our pristine marine environment.

A first in the Pacific for Manta Ray Island Resort in November 2010, we were the first island in the Pacific to install a revolutionary bio-gill waste water treatment system. All waste water from our kitchen, laundry and showers is now treated using this chemical-free, award-winning technology, developed in Australia.

With bio-gills, naturally occurring micro-organisms ‘eat’ the waste from the water, producing quality recycled water. This water is then reused on our gardens around the island. By treating our waste water to such a high standard, we are helping to keep our island, reefs, pristine waters and white sandy beaches – beautiful.

The Yasawa region is one of Fiji’s driest. The porous volcanic rock means there is no fresh water accessible above ground and limited bore water. Rather than add stress to our environment we operate a desalination plant. A desalination plant converts salt water in to drinking quality fresh water. Our plant can produce up to 60,000 litres of fresh water every day!

Being a dry region many plants requiring large amounts of water struggle to grow. Utilising our grey water and rich compost we are able to grow plants such as dalo that struggle to grow in any other part of the Yasawa Island’s.

We encourage anglers to tag and release large game fish or any other species not needed for food. 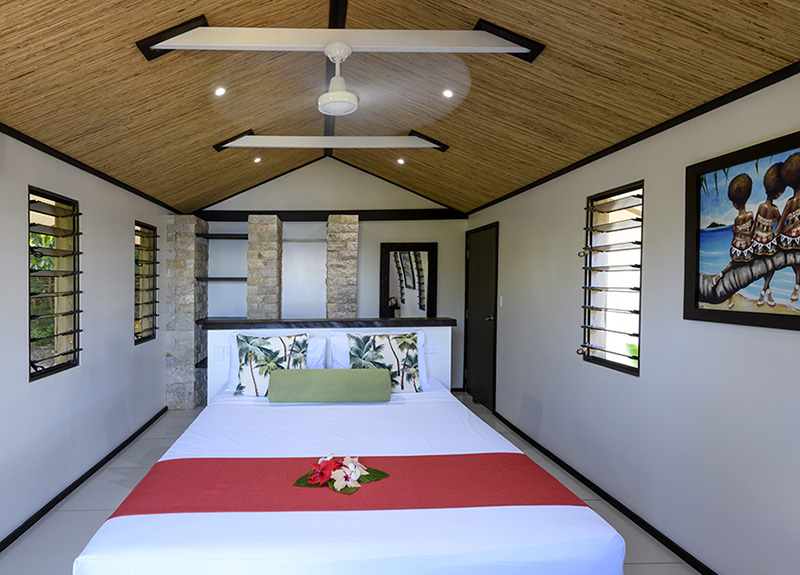 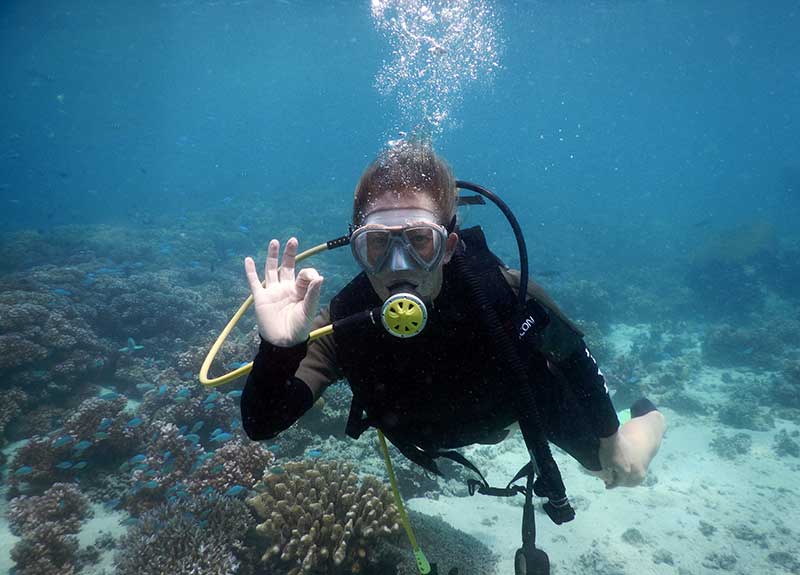 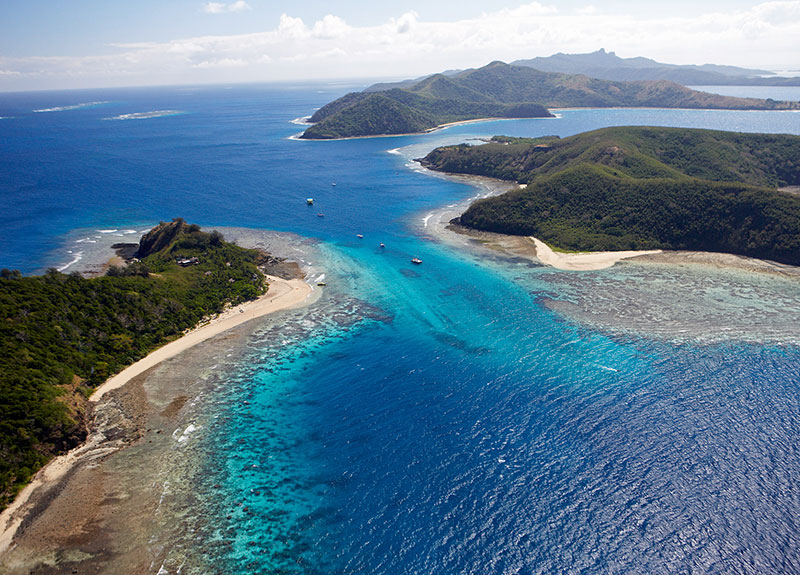